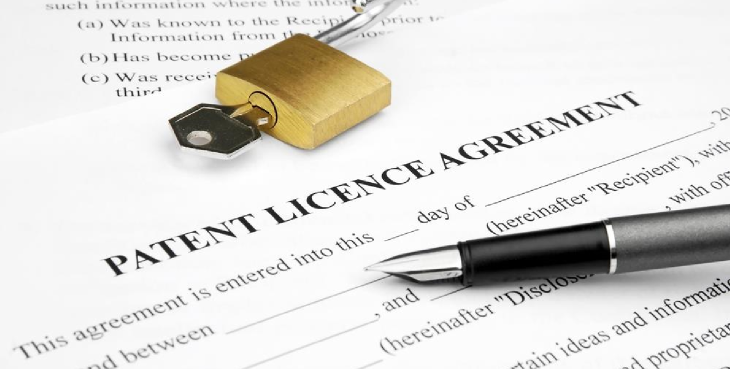 Our experiences
For your success

The effect of an industrial property right is that the protective right holder alone is authorised to use the protected object. It can however be stipulated by a licence agreement that the holder (licensor) also grants rights of use to a third party (licensee). The nature and scope of the granted authorisation are subject to contractual freedom and are therefore freely negotiable.

The use of the protective right can be granted unrestricted or restricted in the licence agreement. In the case of the restricted grant, a temporal, geographical and/or subject-matter restriction can in particular be stipulated. A temporal restriction (time licence) arises through a shortening of the term of the agreement, which as a rule ends with the lapse of the protective right. An example of a geographical restriction (territorial or regional licence) would be if the right of use were granted only for a federal Land, e.g. Baden-Württemberg. A subject-matter restriction exists when the licence agreement permits only a type of use, e.g. only the production (production licence) or the marketing (marketing licence), or the production only up to a maximum quantity is permitted (quotient licence).

The main obligation of the licensee usually lies in the payment of licence fees. In principle, the evaluation of the licensed object depends on the branch and the use. The remuneration can take the form of a lump-sum fee, a turnover- or parts-related licence, profit participation or other monetary payments. It is often agreed within the scope of the licence agreement that the licensee will make a one-off up-front payment to the licensor. It is also negotiable for the licensee to assume the protective right costs occurring.

As can be seen from the illustration, licences are a very complex technical area. In order to avoid nasty surprises, licence agreements should not therefore be concluded without taking advantage of a patent attorney's experience.

Get more information about the expertise Trademarks

Our team will be happy to advise you on all matters relating to the subject licenses.